Cybercrime is on the rise...

Cybercrime does not rest, even during a pandemic. The European Police Office (EUROPOL) has detected an increase in cases of cyber-attacks, internet fraud and counterfeit products against Covid-19.

What does Europol say about cyber-crime?
According to the report prepared by Europol this year, criminals have adapted their business model quickly, in order to make the most of the pandemic.

Organized crime networks adjust their modus operandi to new opportunities provided by the coronavirus or reinvent themselves.

These changes in the actions of organized crime and terrorism are due to factors that have driven them, such as the high demand for products of protective equipment and medicines, a reduction in mobility and the flow of people through community territory, increased teleworking and dependence on computer systems. These activities are what gained momentum during the pandemic and were exploited by cybercriminals.

Covid-19 is not only a health risk but also a cybersecurity risk. The number of cyber-attacks is significant, especially on businesses and individuals, and is expected to rise.

Cyber-criminals have used the health crisis to carry out all kinds of socially-engineered attacks, abusing people’s good faith to take action for the benefit of cyber-criminals.

As we have said, this year has seen an increase in ransomware attacks, the distribution of malicious programs that infect computer systems, demanding a ransom in exchange for stolen information or blocked systems.

The problems of Internet crime are growing, as police in various countries have detected an increase in online activity by those searching for child pornography material.

The teleworking system has been a factor that has allowed cyber-criminals new avenues of attack, as connections from the outside to their central computer systems facilitate the security gap, because they are not secure.

Frauds have also been committed, such as telephone scams, and these include scams in the supply of products that never arrive or lies about offers to disinfect and eliminate the virus, which also do not exist

In short, organized crime has spread throughout the network and the most relevant aspects analyzed in this report are

Deep Internet, Fraud, and Children: Cybercrime Doesn’t Stop Because of the Pandemic
Brussels, 5 Oct (EFE) – Sexual abuse of children, bank fraud, illegal trade through the dark Internet and computer attacks with malicious programs are some of the current trends in cyber-crime that Europol identifies in its report on technological crimes published on Monday.

«Although the COVID-19 crisis has shown us how criminals are actively taking advantage of society in its most vulnerable state, this opportunistic behavior should not overshadow the overall threat picture,» the police organization said in its seventh Organized Internet Crime Threat Assessment (IOCTA).

According to Europol, the irruption of the new coronavirus, in many cases, has only highlighted «existing problems», such as «phising», the technique of falsifying pages to capture private data of users.

«The criminals quickly took advantage of the pandemic to attack vulnerable people. Phishing, online scams, and spreading false news became an ideal strategy for cybercriminals seeking to sell items that they believe prevent or cure COVID-19,» the police organization warned.

Another problem identified by the report as an upward trend is the use of «malware», i.e. malicious software used, for example, to hijack information or systems and demand a ransom for unlocking them (ransomware).

«Criminals have included another layer in their ‘ransomware’ attacks by threatening to auction off data, increasing the pressure on victims to pay the ransom,» the report states.

SIM swapping», which consists of cloning phone cards to take control of user accounts, is one of the «new trends» detected by Europol’s annual evaluation.

«Material on child sexual abuse continues to increase,» the report states, noting that it is a stable trend in recent years that experienced «a sharp increase at the peak of the COVID-19 crisis.

«The live transmission of child abuse continues to increase, becoming even more popular than usual during the COVID-19 crisis when travel restrictions prevented criminals from physically abusing children,» says Europol.

Cybercriminals use P2P networks to facilitate exchanges between individuals, social networking platforms or encrypted communication applications or forums on the dark web. Sometimes paid live chat applications are used for this purpose, which is an added challenge for the police because this material is not recorded, he adds.

The report cites the example of an operation launched by Australian police who, in collaboration with Europol experts, revealed that a video found in France and Belgium in which a child under five was being abused had been recorded in Spain in 2015, enabling the Spanish police to locate and arrest the suspect in Barcelona, who was linked to various forums on the deep web.

Beyond child abuse, the «dark web», where users connect with greater privacy than in the usual websites, remains a particularly attractive space for cybercriminals, particularly for the purchase and sale of illegal products such as drugs.

However, the «life cycle of the dark web markets has shortened and there is no clear dominant market that has increased over the past year», indicates Europol, which points out that new decentralized platforms for illegal trade have flourished in this context, such as OpenBazaar. EFE 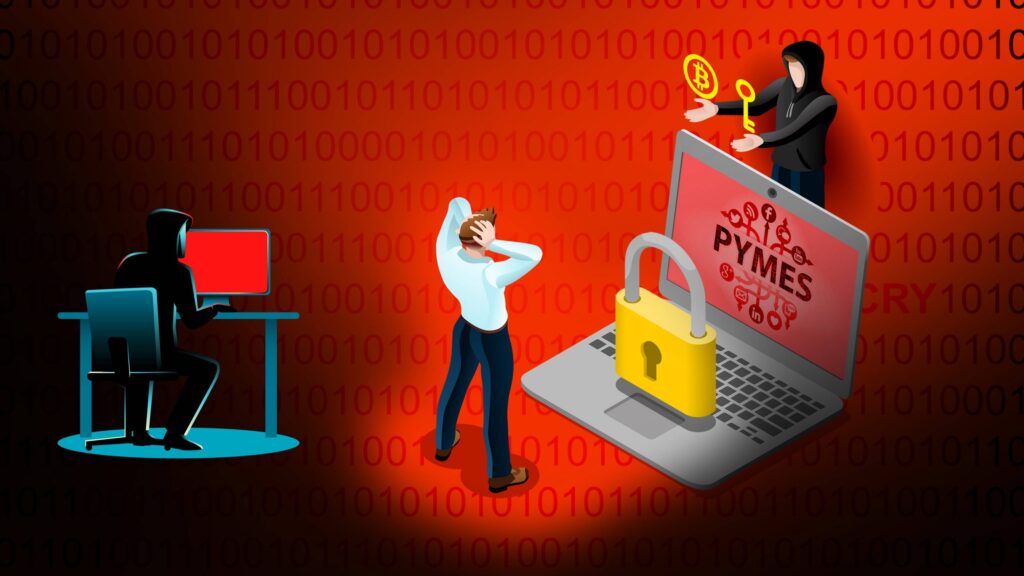