The Evolution of Antivirus

The evolution of antivirus
Information is part of a company’s assets and must be protected. In this delivery we will talk about antivirus, its evolution and its main characteristics, and which we should choose in our business to feel as safe as possible.

And why «as safe as possible»? Am I ever going to be completely sure that I am protected? No, unfortunately the answer is no. Computer protection is a competition between two sides: those who try to use our computers to do harm and those who try to defend us. Unfortunately for us, those who protect us are almost always one step behind those who try to harm us. Although antivirus companies have their own research department to develop a cure before anyone realizes that the vulnerability exists, most of the time they act in a reactive manner: once the difficulty has been raised, they look for a way to resolve it. 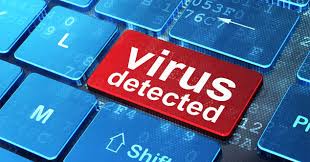 Starting from the beginning: What is a virus?
Those who had to name the malicious programs that try to get into our computers used an analogy of something that everyone knows: a disease. Diseases that are transmitted between humans by contact are carried by «viruses», hence the common way of knowing them. Although at first they were ways of making jokes or gaining popularity for having managed to enter some difficult site, later they sought to do even more damage or steal sensitive information. 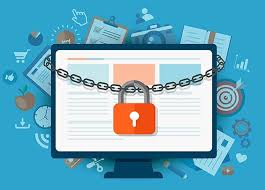 Evolution of viruses
The first known virus dates from 1987 and was called BRAIN. All it did was modify the hard disk index, making the system unusable. The first anti-virus software was launched in 1988, aimed clearly at disinfecting and protecting BRAIN systems and other similar threats. It may get complicated from here, but I will try to be as clear as possible.

At first, all the viruses came directly in an executable file (with «.exe» termination) and when we double-clicked on our desktop we installed it. They would arrive as attachments in emails with messages like «Pay attention to this» or «Open immediately». They generally came from known senders, appealing to the user’s confidence to install new programs on the computers. If we did so, it would forward that same mail to our entire address book with the same original attachment and so it would continually replicate.

Fortunately, it was easy to fix. A small cultural change and this form of infection practically disappeared. At this time almost all of us instinctively repeat the phrase «I should never open files from people I don’t know», but even without knowing this Windows has a protection so that no program is installed without the double authorization system. First I have to click on the program to be installed and then give it administrator authorization to do so.

In addition, antivirus programs have a constantly changing list that filters out potentially dangerous files by name and extension. Modern anti-virus programs also scan the lines of code of the programs we will install and will allow us to complete the process if they don’t find anything suspicious.

Complicating things: worms, polymorphs and trojans
As you can imagine and maybe even suffered, hackers and malware generators did not stand still and started looking for more creative ways to infect computers. Worms» are programs that are installed surreptitiously and do not generate any noticeable change, but do leave a «door open» for the hacker to access your computer or use it as a springboard to attack other systems. Then came the «polymorphic» versions, which changed as they infected systems, making them much more difficult to filter or deactivate.

And as in the Trojan Horse metaphor, the viruses known as «Trojans» are programs that mask another program inside. They arrive in a familiar format, usually from people we know or in programs that have minimal but often imperceptible alterations, and install two things instead of one when we run them.

There are more types of viruses such as «hijackers», «zombies» and «macro viruses», all with the intention of giving access and control to another person on our computer who can use it as a dissemination or attack tool.

How do we protect ourselves?
There are different types of antivirus, the main difference being that some are free and others are paid. In the case of the free ones, the best known from this era are Avast, Avira, BitDefender and AVG. Although they use the same search engine as their paid version, they cut back on functions and have many problems detecting new or variable threats (such as polymorphic viruses).

Advantages of having an antivirus
We will be almost completely secured against potential threats to our computers, our network and our information, which will improve our productivity as it will eliminate service visits due to equipment failure.
By protecting our information, our company’s and our customers’ information, we can ensure that no one can use it to commit fraud or abuse on our behalf.
We will avoid giving our personal data to dangerous sites, which would lead to unwanted electronic purchases and problems with our credit lines. 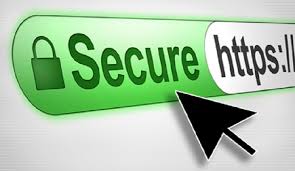