Three Cyber Trends the U.S. Must Address to Protect Itself.

By almost every metric the U.S. economy is running strong. Second-quarter GDP growth was 2.1 percent. In July, 164,000 jobs were added and durable goods orders rose by 2 percent. Even our year-over-year core inflation rate is steady at 2 percent, hitting the Fed’s target.

Unfortunately, these are not the only statistics that matter when assessing the nation’s economic security.

Hostile foreign actors are increasingly aggressive in cyberspace, creating an economic environment that few understand and that even fewer are prepared for. Specifically, there are three trends that must be turned around if the U.S. is going to thrive going forward.

First, cybercrime is exploding. By 2021, cybercriminals are projected to cost the global economy more than $6 trillion annually, up from $3 trillion in 2015. Perhaps nowhere is this trend more pronounced than in the business sector.

More than 43 percent of U.S. businesses suffered cybersecurity breaches in the last 12 months, according to the 2018 Cyber Security Breaches Survey. And more than four of every five (83 percent) finance companies are hit by at least 50 cyberattacks every month.

These aren’t just hit-and-run attacks. Once bad guys gain access to these networks, they remain undetected for, on average, between six and 12 months– stealing intellectual property, siphoning critical data, and generally causing havoc.

The average cost of a corporate cybersecurity breach now runs between $1.25 million and $8.19 million. No wonder the professional cybersecurity industry is booming. By the end of 2019, total spending on cybersecurity is projected to reach more than $120 billion, an increase of nearly 13 percent over last year. 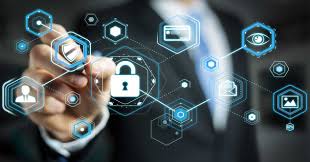 Companies like Microsoft, Google and Facebook each spend around $1 billion a year on securing their products and offerings. But here’s the rub: Few companies have the resources or technical talent of these tech titans, and yet smaller companies face many of the same threats, including increasingly aggressive state actors.

Which brings us to the second trend that must be engaged: cyber-enabled economic warfare.

For decades, countries like China and Russia have pursued a deliberate strategy of using their foreign policy and intelligence communities to copy and steal American technologies. These strategies are starting to produce meaningful results; several foreign tech companies now legitimately rival U.S. tech leaders in both innovation and market capitalization.